By accepting support from her family and attending group therapy Gillian realised she wasn’t alone after the Christchurch earthquakes. A traumatic childhood had set the background for the depression and anxiety which was triggered by the ‘quakes.

I love my dogs. I can have fun. I laugh and joke with my friends; and three years ago, I would have said that that wasn’t possible.

So, part of the roots of my depression; and I know this is, lies in cliché - my relationship with my father. My father was an emotionally abusive man. I can say that now. It took me until my late 20’s to actually genuinely realise that; and it wasn’t until I’d left home, I finally realised that the way my father spoke to me and to my mother, wasn’t right.

I've had depression since I was 12, I would say; and when I was 15, I approached my parents, I said, “Look, I think there’s something really wrong,” because I was thinking about suicide; “…and I would like help, I would like to see a phycologist.”

My father said to me, “Only weak people” sought help and sought therapy, that everyone feels down sometimes, and you've just got to hide it.” And he meant it. He said, “You’ve got to keep a stiff upper lip.” That was devastating; because on the one hand, I knew I needed help and at the same time, the person I loved most in the world, was telling me that there was something wrong with me, for wanting that kind of help.

When anxiety started to kick in, in my mid 30’s; it was a whole new ball game and it resulted in, eventually, I became housebound. I stayed inside all the time and I didn’t leave my house for about a year.

At that time, I was working in a job that I guess, I wasn’t particularly well suited for but I hadn’t quite admitted that to myself yet; and I was in a relationship with a man and it actually became physically abusive.

Its funny how normal emotional abuse, seems to me. I’ve managed to realise, it’s not. It’s like, for me, when I’m in a relationship, that stuff seems so normal because I grew up with it; that it takes me a while to realise that, ‘hey, this is not okay’, and to get out.

I had this abusive relationship. I had this job that I’m not that well suited for; and the earthquake’s hit in Christchurch. I actually lost my therapist in the earthquake. She was killed. She was in the CTV building.

That was it. I couldn’t cope with anything anymore and I think, had I had one of these incidence and not all of them at once, I might not have become house-bound for a year; but the fact, that has happened. That is what happened.

I moved to Christchurch because it was a city I love; and I lost the city. So, I was, at that time I was suicidal; couldn’t work, couldn’t leave the house; and it took, still 12 months before I could get treatment and that’s a really tough thing to come to grips with. To go, “I need help and I can’t do this on my own.”

So, I did a combination of group therapy and individual therapy. The group therapy was awesome, for the fact that it made me realise, I’m not alone. That I wasn’t alone, that other people going through this; and it’s possible to come out the other side.

I was very lucky to have the support of my friends and family throughout this time, but the community at large, too; there are things out there to help. Depression.org.nz, that certainly helped a lot. I love JK.

I signed up for the text messages from John Kirwan and I get a: “You know; you’ve said you’d do this today. How are you feeling?” And I was like, ‘Oh thanks JK’. Even though, you know; but it felt really good to know there was other people out there going through the same thing and that there would be an end, although at the time, it didn’t necessarily feel that way.

So, how I stay well now is, I ring friends and family. My niece is particularly my main support. I do leave the house. I walk my dogs in the park. That’s why I’m here today. It’s a place where I have a lot of good and bad memories. Worked through some rough times here and some good times too.

My father was an emotionally abusive man

He said to me: “Only weak people seek help”. It wasn’t until I’d left home, I finally realised that the way my father spoke to me and my mother wasn’t right. 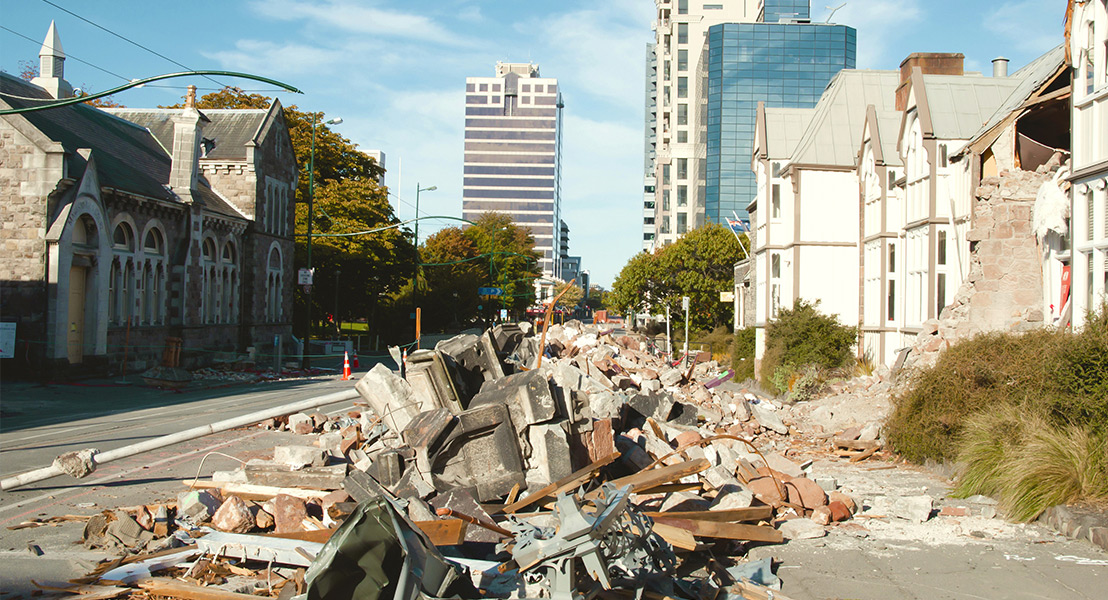 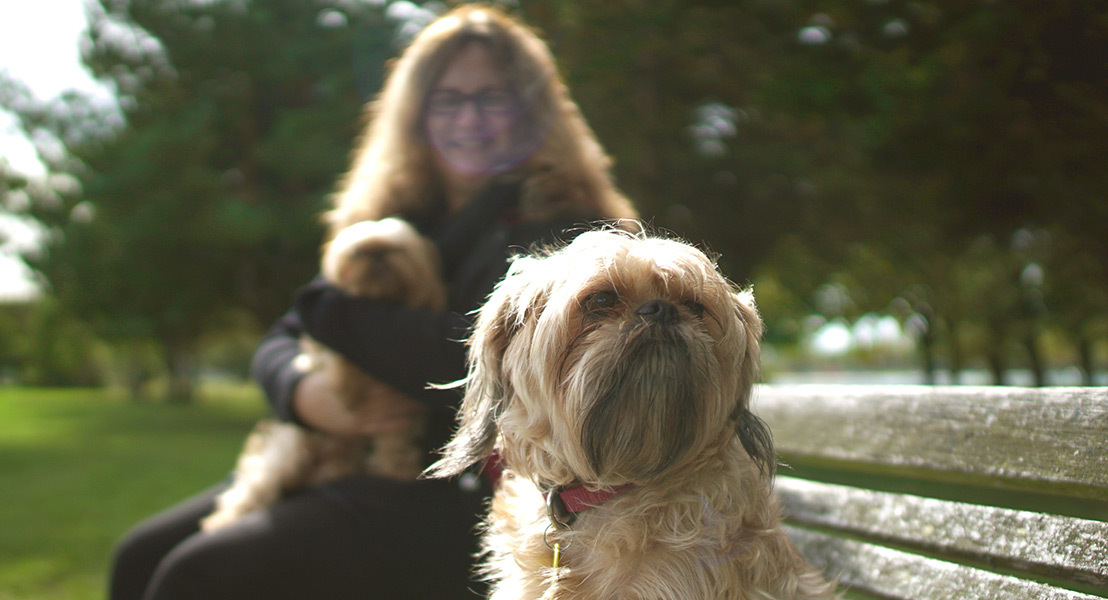 When anxiety started to kick in, in my mid 30s, it was a whole new ball game. I was in another abusive relationship, I had this job that I wasn’t that well suited for, and then the earthquakes hit in Christchurch.

I wasn’t alone; I realised that other people were going through this

I did a combination of group therapy and individual therapy. Group therapy was awesome. I was very lucky to have the support of my friends and family throughout this time but the community at large, too. Depression.org.nz certainly helped a lot. I love JK. 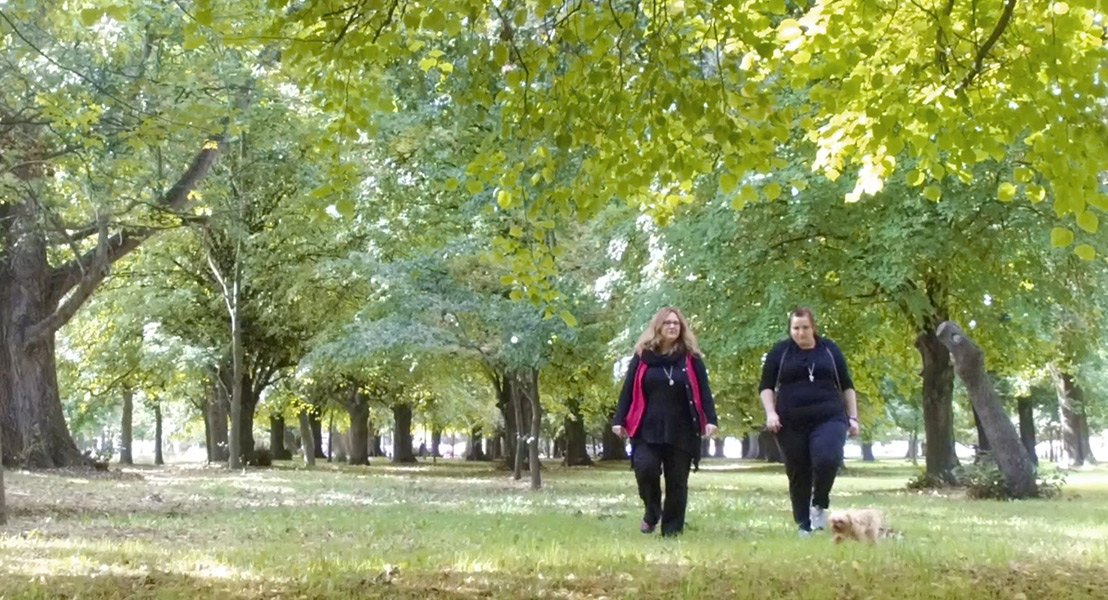 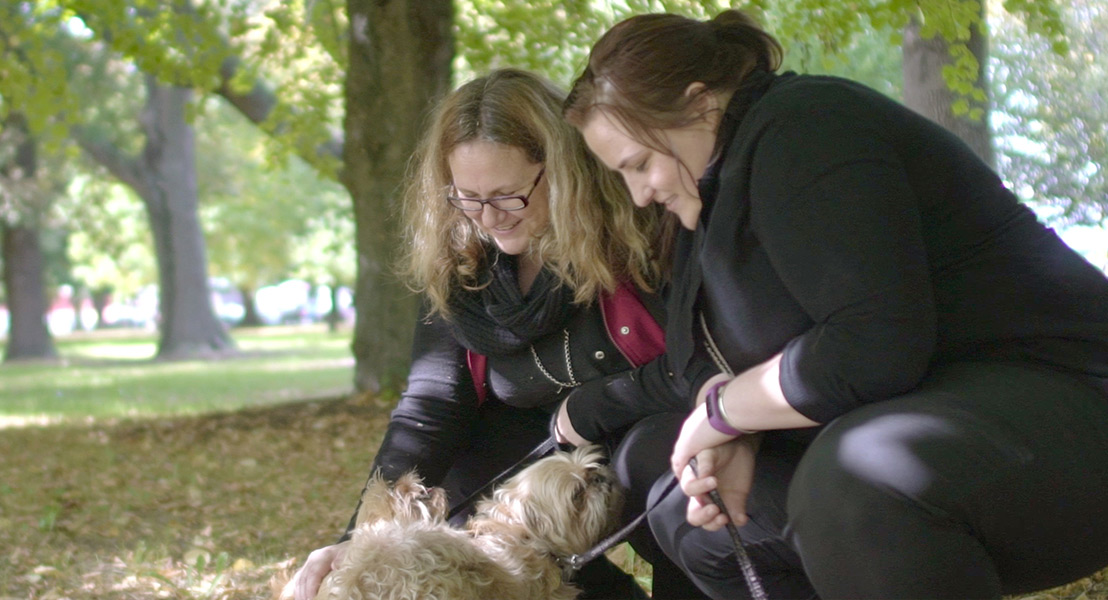 How I stay well now is, I ring friends and family

My niece is particularly my main support. I do leave the house. I walk my dogs in the park. Worked through some rough times here - and some good times too.

When you’re down, every day is hard. Give yourself credit for making that day

I spend time with mates

I look for positive things